The Central Coast's Largest Selection of

Boyd’s Tobacco & Elegant Gifts offers an extensive collection of all of your favorite, and many unique, premium cigars in Paso Robles, CA. Browse our tobacco accessories and gifts, peruse our 300 square foot walk in humidor, and relax in our comfortable cigar lounge. You will quickly notice that Boyd’s has everything you need to enhance your smoking experience.

The ambiance and decor of the lounge, the state of the art ventilation system, and large selection of cigars, pipes and pipe tobacco are sure to leave you delighted! We also host cigar events that range from cigar tastings and wine flights to dinner and cigars with your favorite industry celebrity.

Whether you are a cigar aficionado, or new to cigars, the knowledgeable staff at Boyd’s will welcome you, and ensure that your every smoking desire be fulfilled.

Here's an offer you can't refuse! Join us for a special "Godfather Themed" Cigar & Wine Tasting event featuring the new CAO Consigliere Cigar! We will have a special authentic Italian dinner, wine tasting from Michael Gill Cellars, exciting raffles, and more! We will also have a very special guest, Rick "The Finger" Rodriguez, the Blender and Ambassador for CAO!

MAKE SURE TO DRESS YOUR BEST AND WEAR

YOUR PINSTRIPES OR FLAPPER DRESS TO WIN A SPECIAL PRIZE!

$20 for a daily membership, which includes a cigar, dinner, entrance to the lounge, cigar specials, and so much more! Must be 21+. Must RSVP to attend.

All wine flight purchases will be donated to the Food Bank of San Luis Obispo County.

We are no longer accepting registration for this event 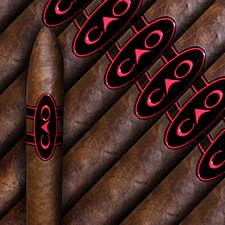 A certain crew of guys who smoke CAO made us an offer we can't refuse. They said bring back Tony's wise guy cigar, or else. So we delivered the goods. It's a straight sequel--the five-country blend is the same as before, the one that made it to Cigar Aficionado's Top 25 list of 2006. Now that Consigliere has been pulled back in as a full-time member of the CAO family, you can leave the cannolis and take the cigars.

Rated 90, Cigar Aficionado: "An attractive, oily cigar the color of dark copper. It draws well, and is sweet in character leaving nougat, nutmeg and cinnamon flavors on the palate." 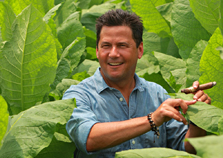 Even after more than 16 years at General Cigar, Rick Rodriguez still considers his job to be a dream come true.

Soon after his start as a sales representative in Florida, General Cigar's team of cigar masters unanimously selected Rick to participate in a rigorous cigar master training program that began more than eleven years ago and extended in the Dominican Republic, Honduras and Nicaragua. Rick became immersed in the art of cigar making, learning time-honored traditions including tobacco agriculture, cultivation, aging, processing, cigar rolling and ultimately, cigar blending. Upon his return to the United States eight years ago, he was given the honor of working as an apprentice to the legendary Benji Menendez.

Today, Rick spearheads new product development for CAO. He's working full-time overseeing a hand-picked group of experts to create CAO cigars, and continues to win praise for the unique taste of the brand's latest releases: Pilon, Flathead, Amazon Basin, Colombia, and Consigliere. The small-batch offerings created by Rick and his team have also created a big splash in the competitive premium cigar landscape. Rick is committed to ensuring that the brand keeps its unique personality, while he seeks our exciting and innovative new products and packaging.

Rick currently divides his time between sourcing new tobaccos, blending and collaborating with General Cigar's team of cigar masters in the D.R., Honduras and Nicaragua. With a decade of intensive training under his belt, Rick is well on his way to becoming the first American ever to be named a true cigar master. 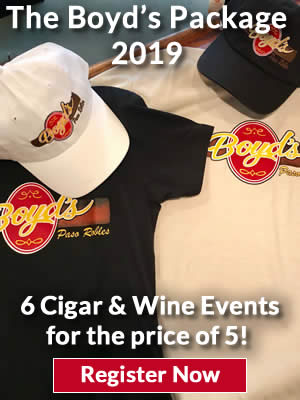